Fariborz Kamkari – an Iranian-born Kurdish screenwriter and director took the 5th Rome Cinefest by storm with his latest film shot mainly on location in an Erbil’s ancient citadel.

Having made it into the international festival’s official selection, Kamkari’s 114-minute masterpiece – an Italian-Swiss-Iraqi co-production – was screened alongside works from filmmakers from around the world.

Set in northern Iraq during Saddam Hussein’s murderous 1980s Anfal campaign against the dissenting Kurds, “The Flowers of Kirkuk” tells the story of Najla, a female doctor (played by the Moroccan actress Morjana Alaoui) who is forced to choose between following her dreams and the traditions of her family.

Deciding to return to Kirkuk from Italy where she has been studying in order to find her fiancé, one of the Kurdish resistance fighters, Najla finds herself caught up in a web of love and betrayal between two men who are intent on marrying her.

As Najla’s story unfolds, “The Flowers of Kirkuk” sheds light on one of the most bloody and shrouded chapters in Iraqi history.

Speaking at a press conference in Rome, Kamkari said that exploring the theme of women’s rights in the Middle East and in a Muslim society had been high on his agenda.

“In this film, for the first time, we see a Muslim woman who is not a mother, she’s not a wife, she’s not a woman surrounded by children and a nasty guy who is picking on her every day. She’s the one that falls in love and decides her own destiny and she sacrifices everything for this love.”

Kamkari went on to say that he also hoped the film’s heart-breaking depiction of the Al Anfal Campaign, in which Saddam’s troops used chemical weapons against Kurdish civilians, will help people understand the Iraq of today.

“It’s more than seven years that we are living with Iraq, Iraq’s news, Iraq’s situation, but nobody tells us about the roots of Iraq. I tried to expose these roots from the point of view of somebody who lives there and saw everything from the inside, trying to tell, to explain why Iraq is like this”.

Alaoui, who plays Najla, said that the difficulties encountered in shooting the film in the semi-autonomous Kurdistan region – where the lack of a developed film industry in Iraq meant  the crew and equipment had to be brought in – made the experience all the more poignant.

Born in 1971, Kamkari resides and works in Italy. He has created and directed many short films and has written screenplays for cinema and television. His directorial debut came in 2005 with the thriller The Forbidden Chapter, which won him the Best Director award at the Brussels International Independent Film Festival.

With its acclaimed musical score by the multiethnic Orchestra of Piazza Vittorio in Rome, “The Flowers of Kirkuk” is Kamkari’s second feature-length film.

Now that several new cinemas are scheduled to open in Erbil in the course of 2012, the team here at Erbil Lifestyle is hoping that Kamkari’s breathtaking film and the works of Kurdistan’s homegrown cinematic talents will finally be given the local exposure they deserve. 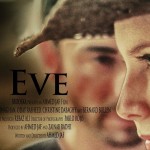 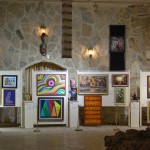