A group of Kurdish young musicians call themselves B.Music from Duhok, Kurdistan. They just released their third video clip of a Kurdish folk music the first day of the Kurdish New Year (Newroz) on 21 March, 2015, this piece is a combination of two folk songs first one is called (Yê ji hemamê derketîn cot) followed by (Hejîra Çiyayî) those are two Kurdish well known songs.

They pick the most beautiful Kurdish folklore music and bring it closer to the younger generation. Their goal is to keep the legacy of Kurdish folk music yet enjoy the melody of Hijaz and keep appreciating the great music of our Kurdish legends.

B.Music is a group of four musicians who started working since 2002 and then in 2011 they decided to work together as a band and they called their band B.Music “B” being the first initial of everyone’s name in the band. 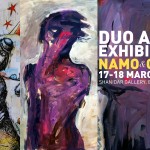 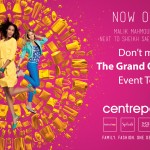 Today is the Grand Opening of Centerpoint Store in Slemani