In Kurdistan the official language is Kurdish. Arabic is also widely spoken but English is very sparse. Expatriates can have a difficult time being understood and it would be advised that some basic Kurdish is learned before arrival or soon after. Whilst in shopping malls and modern modern amenities there are greater possibilities of basic English being understood.
It is important to note that there are two dialects of Kurdish, so if you do decide to learn the language, make sure to learn the correct one! The first is the Sorani dialect, spoken to the South of the Iraqi Kurdish areas and in Western Iran by approximately 5 million people. It is written in a Kurdish variant of the Perso-Arabic script but also in a Latin-based system. The Sorani dialect is the dialect most often spoken in Erbil. The second is the Kurmanji dialect, spoken in Turkey, Syria, Iraq, Iran, Armenia and the Lebanon. It has an estimated 8 — 10 million speakers and has been written in the Latin script since the 1930s.
Online Materials
Google Translate
Google Translate has become synonymous with language translation. Now that it is available on many smartphones and tablets, it has become a must have communication tool during your stay in your new destination.
Learning Materials
A Basic Course in Modern Kurmanji
A comprehensive overview of the Kurmanji Kurdish language. It keeps explanations as simple as possible and translates every example into English.
Easy Way to Kurdish
This mini-course in colloquial Kurdish (Sorani dialect) features basic vocabulary for travel and day-to-day living. 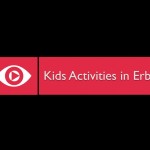 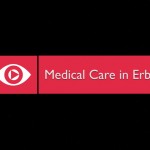