It is easy to get around the city and the roads are in relatively good shape. New roads are being constructed in many different places to relieve growing congestion.
Taxis are plentiful and stop at the raise of a hand. Cost is 5,000 – 10,000 Denars (4 – 9 USD) to get just about anywhere in the city. There are not metered in the taxis so it is generally advisable to establish the price up front if you can. Expatriate inflation is common, so agree beforehand. If you’re an expatriate woman and don’t feel comfortable being driven by a male driver, give Pnk Taxi a call for the only female-operated taxi business in Erbil.
Buses are plentiful and also stop, at the wave of the hand. There are public and private buses. They usually cost between 500-1000 Dinars (around 1 USD). Buses are not a recommended form of transportation, especially for newcomers as determining the route can be difficult. Also, the buses are often small and poorly maintained.
Private cars are available for daily work and for excursions. Typical rates are 118,000 Dinars (100 USD) per day and also negotiable. If you’re looking to buy, there are car dealerships where you can buy or lease under negotiated terms many name brand international cars are available.
Useful Links
PNK Taxi
Now with free wifi in all their taxis, PNK Taxi is quickly making a name for itself as the only female-operated taxi service in Erbil.
Phone number: 0760 6 33 77 00
Erbil International Airport
One of the most surprising aspects of Erbil is the new international airport, a shiny example of where the city and the region is headed in the years to come. 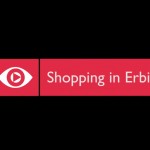 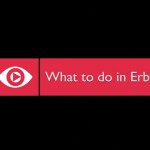 What to do in Erbil