The Brunt – Yad Deen’s as yet unmade experimental debut film that he has been touting at this year’s London Kurdish Film Festival looks set to be the first ever horror movie to come from Iraqi Kurdistan.

The film, written and directed by Deen himself, explores the psychological trauma of an eight year-old who witnesses the murder of his father and elder brother after his half Kurdish-half Baghdadi family moves from Kurdistan to London to begin a new life.

The plot of the film revolves around Ara and his mother Myriam after they find themselves alone in their new London home just three months after moving in as a family, alive with dreams of a better existence.

A melancholic darkness interwoven with recurrent dreams and startling apparitions envelopes a broken mother and son, intent on suffering in silence.

Inviting investment in his latest project, Deen told festival audiences of the interactive online production participation scheme he has established, in order to promote the work of unproduced talents. 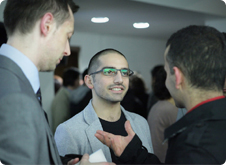 “For me, it’s important that my audience gets involved with the film from the moment we begin the process,” he explained, “So we’ve launched a campaign on an online crowd-funding platform for them to feel as intimate as they can with the production, because it’s not just my film, it’s theirs too.”

For more information on how you can get involved with the production of The Brunt, go to www.indiegogo.com/thebruntmovie. 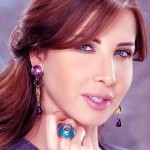 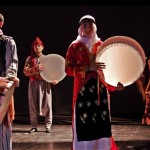