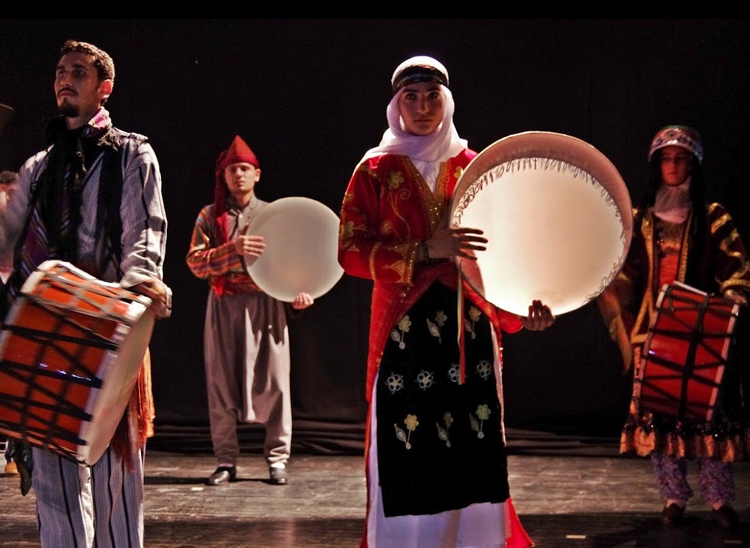 The acclaimed musician, writer and composer, Amanj Xazi is working hard to preserve a threatened musical heritage that has been passed down through successive generations of musicians, often without ever being annotated.
On a warm autumn evening we set out to meet Mr. Xazi at the recently relocated Kurdish Music and Heritage Establishment (KMHE) in the shadow of the 5000-year-old citadel at the centre of Erbil, the capital of the semi-autonomous Iraqi Kurdistan region.
Wearing an executive grey suit and a pair of florescent orange plastic slippers, he ushered us warmly into his underground domain.
Down a dusty grey institutional corridor incoherently strewn with moth-eaten examples of the taxidermist’s art, we eventually penetrated the serene refuge of the KMHE.
As we entered Xazi’s office, he busied away the prayer mat which betrayed his unusual choice of footwear – we had arrived just as the barefoot maestro was completing his sunset prayer.
Mr. Xazi needed little prompting. A simple question about the specificities of the Kurdish musical form launched an elaborate exposé that spanned thousands of years and took us across the mountains and plains of this fascinating region.
It became increasingly clear – Armanj Xazi is a man with a mission.
Jump into a taxi in downtown Erbil or take a drive out of the city into the rolling, arid mountains that surround it and you cannot fail to encounter the distinctive repeated refrains that characterize traditional Kurdish music.
A unique juxtaposition of mournful, plaintive vocals and exuberant, tireless rhythms result in a musical form quite unlike any other.
Mr. Xazi explained that the music reflects both the dramatic landscapes of the region and its people’s bloody history.
“Kurdish songs usually have a swift and charming rhythm, in harmony with the plains, cliffs, hills, valleys and mountains of Kurdistan, while their lyrics often tell of a loss or tragedy; a contradiction that illustrates the never-dying enthusiasm of a persecuted nation.”
Marginalized, persecuted, displaced and victims of genocide under the Saddam regime, for many years the Kurds had so many other pressing concerns that preserving their cultural heritage was naturally sidelined.
“As the Kurds were a people without a state throughout much of their long history, they lost an extensive part of their musical heritage”, Xazi explained, “Even now, many folkloric songs have been preserved as poems without being annotated musically.”
This takes us to the work of the Kurdish Music and Heritage Establishment (KMHE) and the hub of Xazi’s mission.
The KMHE was set up in September 2004 to catalogue and archive Kurdish folkloric music.
The centre’s library currently contains over 45,000 musical archives and ongoing research is uncovering pieces that would have been lost without the committed and diligent work of the centre’s researchers.
We spoke to KMHE Director, Hangaw Anwar Shekhani who took us through some of the centre’s accomplishments and plans for expansion.
Shekhani explained that the preservation work begins with a simple recording of a song being performed, allowing for the transcription of the lyrics and the annotation of the music.
The centre has published 46 books to date, covering a range of subjects related to Kurdish heritage, folklore, music and culture.
A monthly magazine, Chilawaz, the only Kurdish periodical devoted to traditional music, is distributed to a wide readership across the Kurdistan Region.
Workshops, seminars, conferences and the launch of a festival dedicated to Kurdish music scheduled for next year, all help to draw the public’s attention to their cause and provide opportunities for the archived music to be performed, learnt and discussed.
The centre is currently seeking to digitalize the archive and open a music library within the walls of the city’s ancient citadel which is drawing more and more foreign visitors each year.
Leaving the KMHE we went to say goodbye to Armanj Xazi and the undiminished sparkle in his eyes brought to mind his definition of the role of music in Kurdish society:
“For Kurds,” he said, “music is a source of inspiration, encouragement, delight and persistence”.
Written by Karl Allen for Erbil Lifestyle. 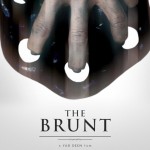 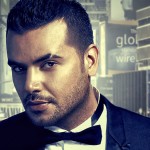