Silence of the Words by Ava Nadir 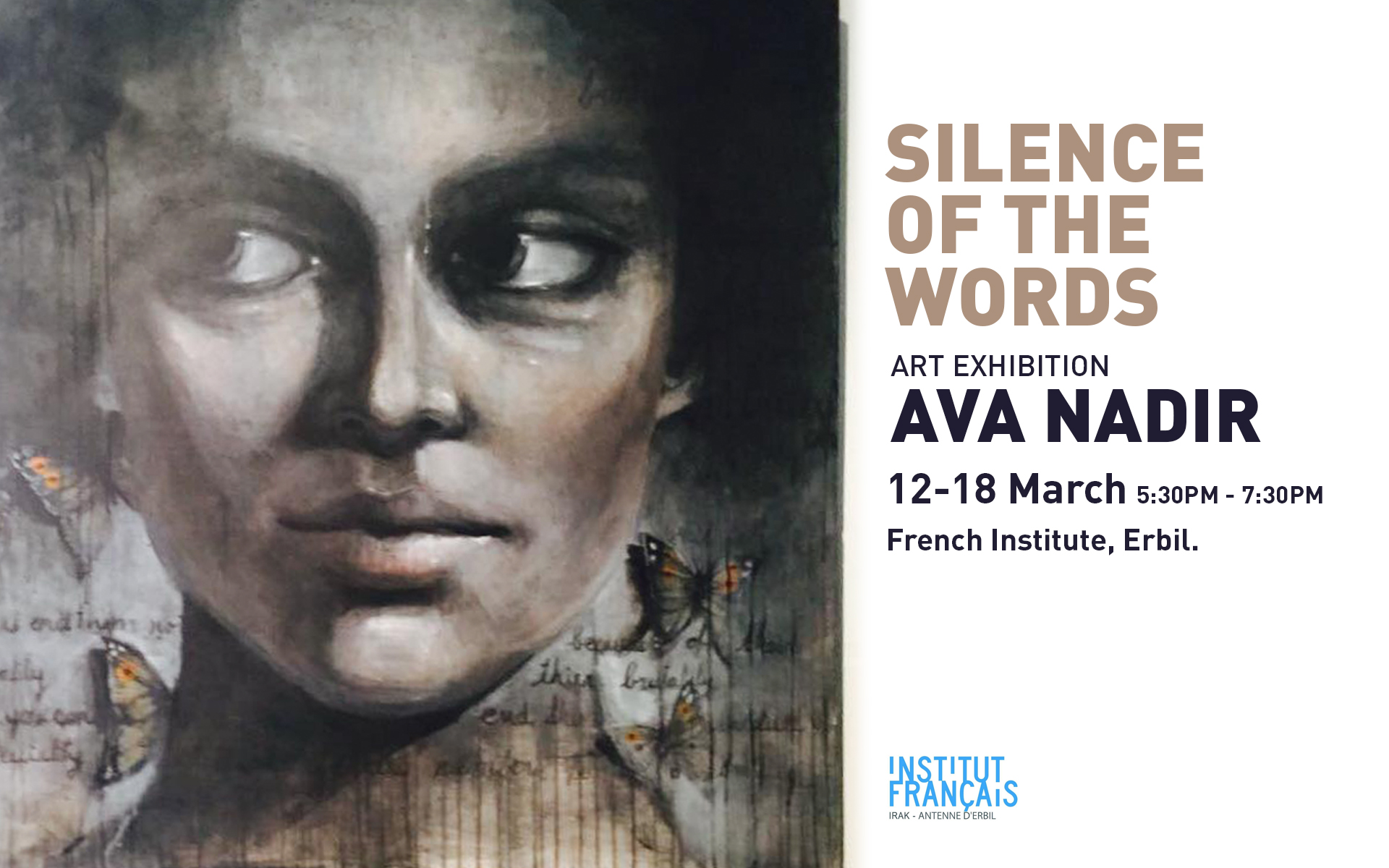 Ava Nadir is an Iraqi artist based in Kurdistan, known for her provocative and controversial pieces and subjects mostly related to women under war and fear, and women’s rights between culture and religion. Having lived most of her life under war, her inspiration comes from her life experiences as a woman living under political, social, cultural and religious pressure. Her series, Silence of the Words, was inspired by the oppression of women under religious extremism.
The event will include a Performace by Natalia Pestova:

Natalia Pestova. Choreographer and Performer, Classical Ballet and Contemporary Dancer. During her 22 years career, graduated from Culture University of St. Petersburg, Natalia has performed with major organizations, such as Bolshoi Theater of Moscow, Greek National Opera of Athens and other of Classical & Contemporary Dance Groups in Europe. She loves to explore and create new forms of communication, together with restless artists, like her soul mate, Ava Nadir.